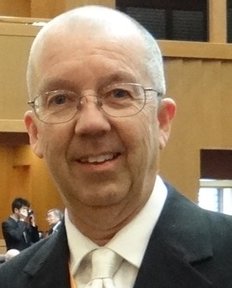 ​David Johnson has been in residence at the Dhamma Sukha Meditation Center since 2010. He is awww.dhammasukha.org/david-johnson longtime senior student of Bhante Vimalaramsi and has participated in many retreats and teaches the online TWIM retreats in Metta and Forgiveness meditation.

This is his first book about meditation practice and the Buddha's teachings. He also manages the website materials and publishes all of the various DSMC videos and books.

From 1973 to 1978, he was the meditation center retreat manager for the Stillpoint Institute, a San Jose, California-based Vipassanā center. He assisted in the growth of the center and managed its financial and administrative affairs. From the 1980s to 2010 he worked in the San Francisco Bay Area at several networking companies as a production and logistics manager. He then decided to join Bhante in his mission to bring TWIM to the world in 2010 and moved to Missouri on a permanent basis.

He has been conducting online retreats every month since 2015 and has interviewed hundreds of students. He recently conducted an on-site retreat at St. Francis in San Juan Bautista, Ca.

In 2015 he wrote, using Bhante Vimalaramsi's introductory talks and meditator experiences, the recent instruction book, A Guide to Tranquil Wisdom Meditation. Feb 2017 he introduced The Path to Nibbana to the world.
​
You can get in touch with David at david@dhammasukha.org or reach him through the Dhamma Sukha website here: http://www.dhammasukha.org/david-johnson